Land used for solar is compatible with other uses.

How Does Solar Schuyler Work?

Solar Schuyler is based on Community Solar Programs that have been launched across NY State, including the very successful Solar Tompkins program that is in the process of completing over 400 solar photovoltaic (PV) installations in Tompkins County.

According to the data, Schuyler County currently has 37 grid-connected solar installations. (This does not count off-the-grid locations.) Solar Schuyler’s minimum goal is to add almost three times the number of solar PV installations in our County ---100 more --- for a minimum goal of 1.0 MegaWatts of new solar power generated through Solar Schuyler.

Just a couple of years ago the average solar installation cost about $30,000. Not anymore. The example below shows you how the cost of solar has dropped dramatically due to pricing coming down AND the additional cost reductions from Solar Schuyler:

**The NYSERDA grant of $.70/W goes directly (eventually) to the installer (and they handle the paperwork for it). It is capped at 25kW, although commercial applications are “incentivized” up to 200kW.

Be sure to "LIKE" Solar Schuyler to get all the latest news and event information! 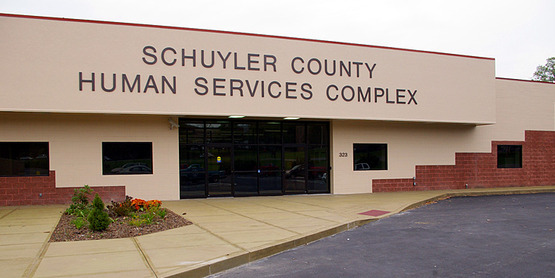